According to Nikkei News, global semiconductor giants such as Renesas Electronics, Toshiba, and NXP of the Netherlands have decided to increase the prices of part numbers in automotive and communications equipment by about 10%-20%. Due to the increased cost of foundry capacity, and the inability of supply to keep up with the rapid growth in demand.

Although these chip manufacturers have their own manufacturing plants, not all products are produced in their own factories. And many are entrusted to wafer foundries such as TSMC. Under the influence of the new crown epidemic, demand for chips from laptops, smartphones, and data centers has expanded. Starting in the second half of last year, after the demand for consumer electronics rebounded, they began to compete with automotive chips for production capacity.

The report pointed out that Renesas, a major automotive chip manufacturer, requires customers to accept higher-priced power semiconductors, MCUs and other products. Renesas also raises chip prices of server and industrial equipment by an average of 10% to 20%.

Toshiba has also begun to negotiate price increases with customers on the products of automotive power semiconductor, etc. Toshiba said on the 22nd: “Processing costs and material costs are rising, and they have to increase prices with customers” In addition, NXP (NXP), STMicroelectronics (ST) and other companies have also informed customers that they plan to increase by about 10% to 20%. Regarding the price increase, NXP responded: “Price changes are facts, and others cannot be responded to.”

According to a report by the Central News Agency, the German Minister of Economy wrote to the Taiwan government to call on the increase in the supply of chips for the automotive industry. Although TSMC said it continued to work closely with automotive electronics customers to support production capacity demand. But industry sources pointed out that the large shortage of automotive chips was derived from the wafer capacity overloaded. The shortge situation will last about one year. 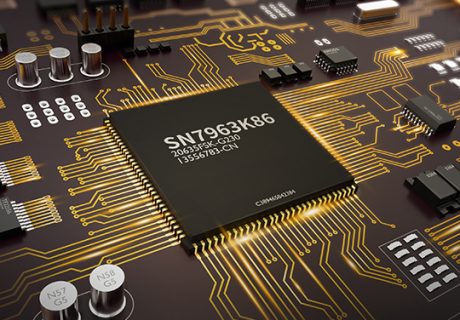 Wafer, packaging and testing, chips , materials… Where does the trend of price rises spread? (Deeply analysis of the component industry)